F A N S
I Received this letter from a 10 year- old girl named Angie, after she had been listening to my first CD,
Beneath the Surface, 1992.  When I met Angie and her mother, her mom said:
"I don't get your music at ALL, but Angie listens to it for hours!" 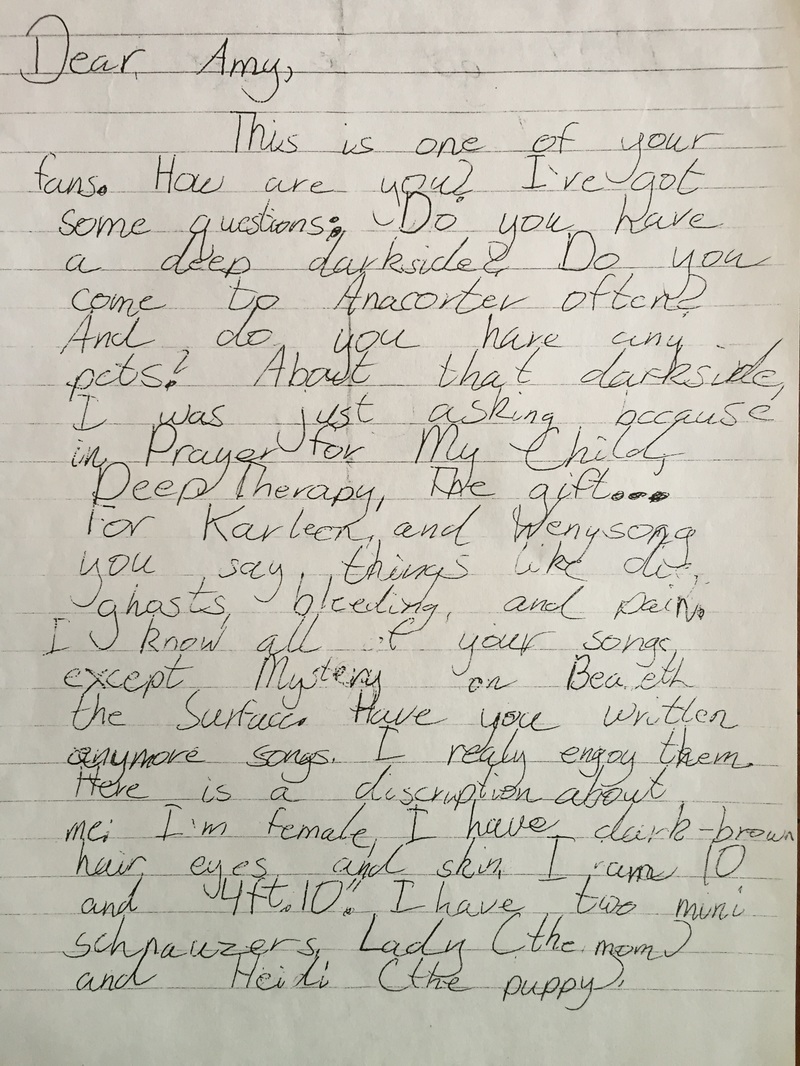 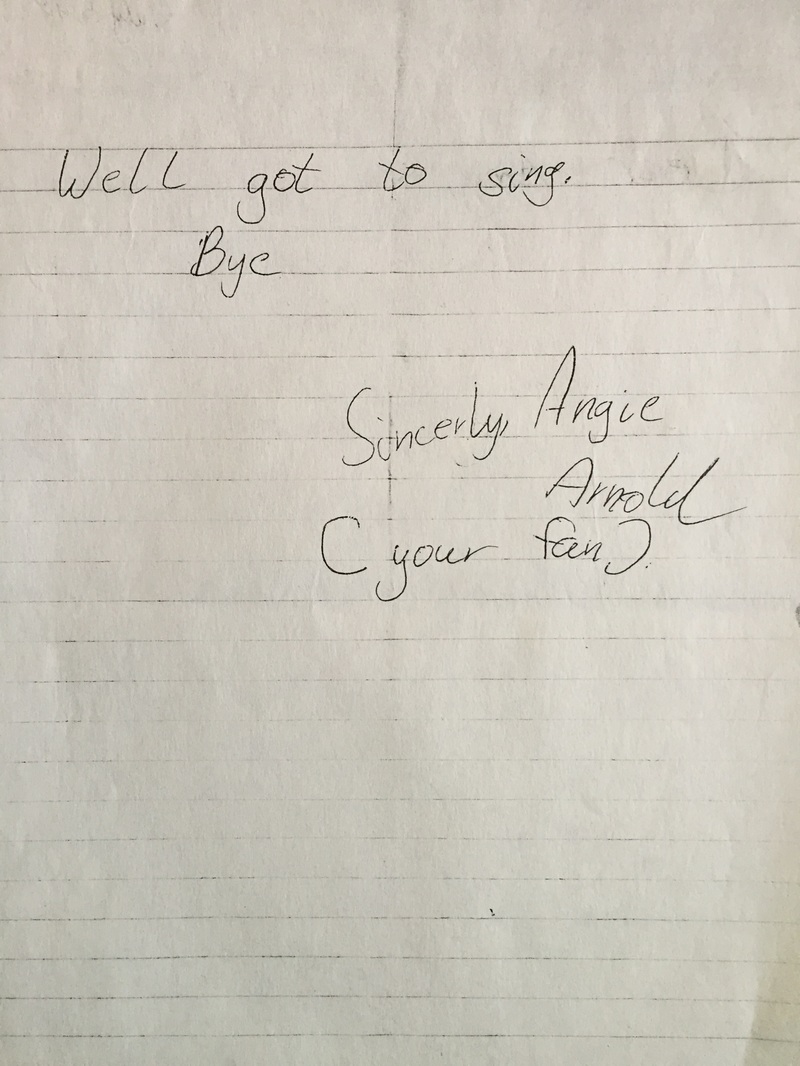 Years later, Angie was diagnosed with Hodgkins Disease, and her mother called me and asked if I had released any new CD's, as she wanted Angie to have something to listen to during chemotherapy sessions.
I had been feeling down when I received this call, and had not recorded anything since Beneath the Surface.  This inspired me to make a homemade tape for her so she could have my music to listen to while receiving chemotherapy.
I just saw Angie last summer; she has become a beautiful woman and we both shared how much we had meant to each other.  I feel blessed by having been touched by her.  :)  Hope to see her again soon!

Letter received after a workshop in spokane that amy played music for:

Dear Amy,
Through your music this morning I have been remembering lots of stuff that I thought I had already dealt with. Strange how this retreat has affected me, when others have not. Part of it is the emotion your music is bringing up. So, must be the right time and need so I can go forward. Even my computer's hard drive this morning said I was running short of space and asked if it could delete files.  All of these related messages. I have to trust Spirit to guide me through this confusion. It is grieving for many things; I seem to have lost my purpose and need to now trust this process and release what no longer serves my soul.

Love to you.
Cynthia